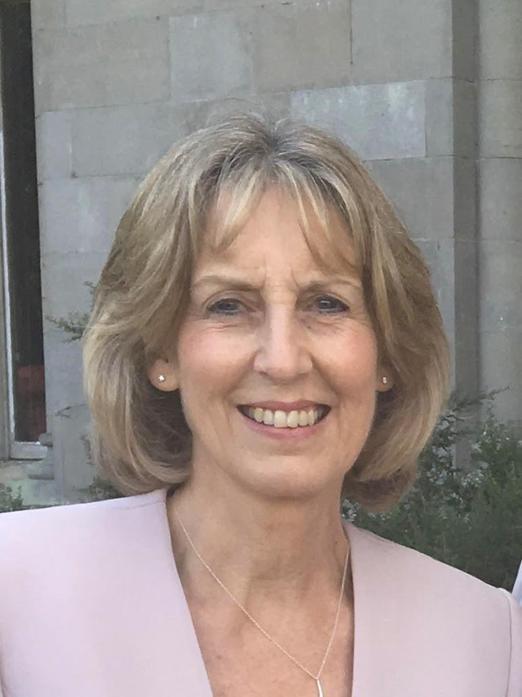 Brenda began her career in Sales and Marketing and worked for large international companies: Avon, Revlon and 3M. She took a career break to start a family then returned to work as a part-time Teaching Assistant, spending 5 years at Stockcross School, whilst training to become a teacher. She joined the Welford and Wickham staff team in 2010, teaching years 4, 5 and 6 and for the last 3 years has worked part-time across all year groups and at both Kite Federation schools. Brenda was the Staff Governor and after retirement in July 2019, she continued as a Governor to use her knowledge of the schools to support the staff, parents and children in achieving their goals. 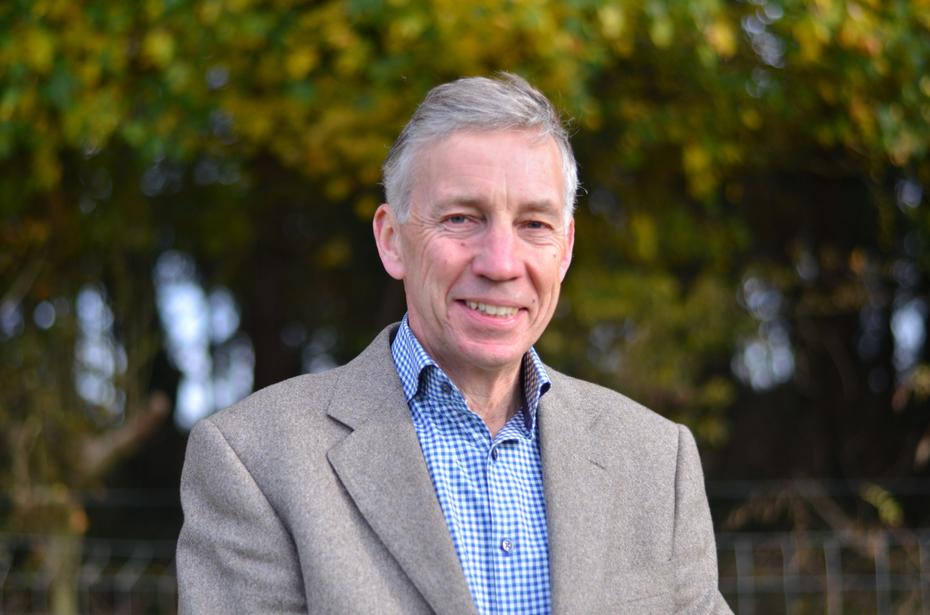 He is a Chartered Surveyor specialising in the valuation of and investment in commercial property. After working in the City of London for many years he spent 8 years as a Director of the College of Estate Management at Reading University and now runs his own practice specialising in consultancy and professional training & education.

He has lived in Upton near Didcot for over 20 years. He is a churchwarden of St Mary’s, Upton and is actively involved in village life.

As the father of William in Year 1, and with my daughter Jessica joining the school in September, I’ve been part of the Stockcross School community for little over a year. With the formation of the Kite Primary Federation, this is an extremely exciting time to be helping support both schools look to the future.

For almost 20 years I’ve worked for one of the UK’s largest education companies helping schools and universities all over the country to deliver inspiring learning and teaching with technology. I’m passionate about the power of technology to enthuse, empower and enrich the whole school experience. I also believe however that technology is not a substitute for great teaching: it should facilitate and augment great teaching.

Recently I’ve specialised in school assessment and data – Working with the Department for Education and many of the UK’s exam boards to ensure that the learner is always at the heart of the system. I believe that learner focus is critical for any education experience.

As a Parent Governor for the Kite Primary Federation I’ll use my broad experience in education and technology to support both federation schools in providing the very best learning experiences possible. 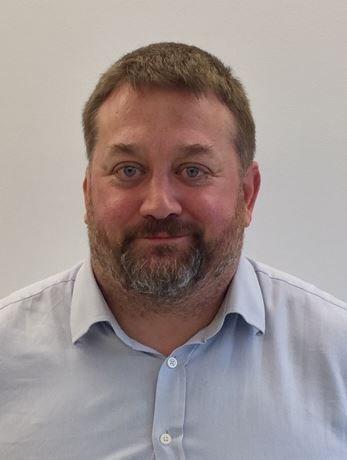 Pete was appointed as a Foundation Governor to the Stockcross FGB in 2016, serving as Vice-Chair and then Chair of Governors and under the Kite Primary Federation has transitioned to a Co-Opted Governor. He has worked in finance for over 20 years with experience of leading teams. Pete lives locally with his wife and three children, Beth, Jago and Maddy. Beth joined Stockcross in September 2016, Jago followed in 2017 and Maddy is due to join in September 2020. Pete is currently Vice-Chair of the KPF Finance/HR Committee. 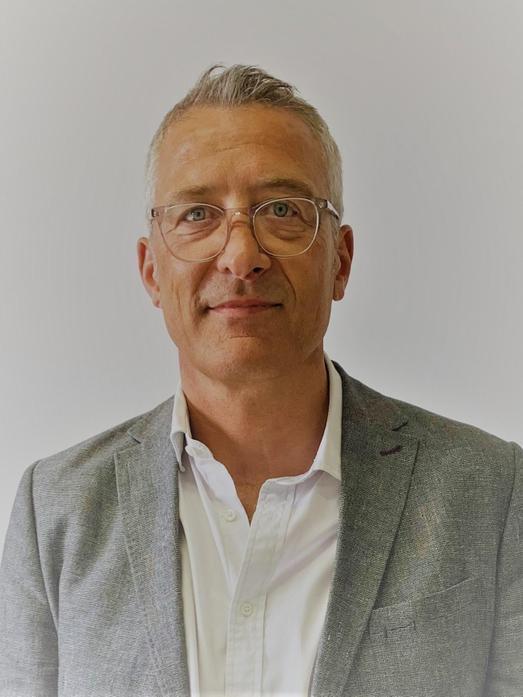 Gavin has been a Governor at Stockcross School since 2007, serving as Chair from 2009 to 2013.  He was appointed as Local Authority Governor to the Kite Primary Federation in 2020. He is married to Kate and lives in Marsh Benham with his two daughters, Olivia and Polly who were both pupils at Stockcross school.

Gavin works for BT based in London where he looks after one of their sales divisions in their wholesale business. His previous experience includes surveying and IT services and his interests include running and golf which he has recently taken up. 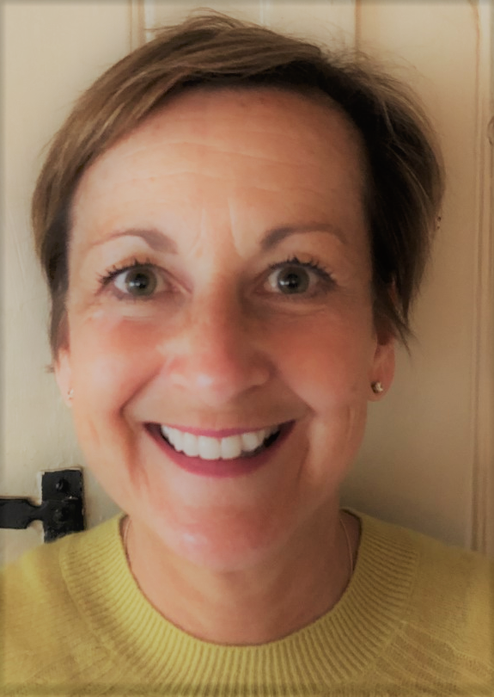 Mel is currently the Year 5/6 teacher at Welford & Wickham Primary where she has been teaching for 4 years. She has three boys (age 20, 17 and 11), two of whom attended Stockcross Primary. Before having children and becoming a teacher, she worked for a marketing agency in London. Between 2009 and 2011 she and her husband took their three children travelling around the world and self-taught them. Mel is a keen runner and loves all things outdoors. 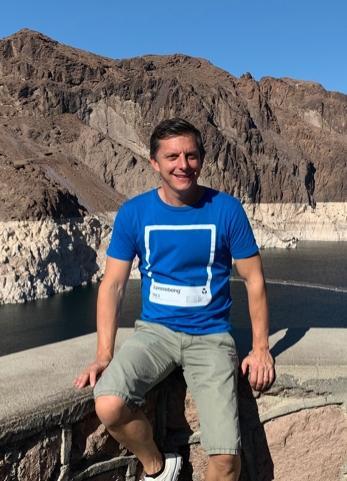 Ed was elected as a Parent Governor in March 2019 at Stockcross and as a Foundation Governor of the Kite Primary Federation in April 2020.

Ed lives in Stockcross with his wife Sandra and their 2 children Hugo (6) and Peppy (4). Both will be pupils at the school in September. Sandra is French and so they all try and speak French and English. Ed says that to his embarrassment, his French is vastly inferior to the children’s already.

Also living with them are 2 Parson Russel terrier dogs and 4 tortoises.

They live in a converted Victorian house with a garden where they have a wildflower meadow, wildlife pond, and garden with obligatory mini goal nets. They also have a kitchen garden area where they like to grow as much as they can in and out of the greenhouse. They spend as much time as they can outside, gardening growing and keeping active with various sports.

Ed’s other passions include cooking, travelling and general environmental awareness.

Ed started his working career in retail management with John Lewis. He then moved into pharmaceutical sales working over 12 years for companies such as Pfizer, Dupont, GSK and Johnson & Johnson. He decided on a change 9 years ago and joined the nursery goods industry, spending 6 years at Bugaboo as General Manager UK and Ireland, several years consulting for private equity within the industry and now for the last year with BeSafe Voksi (children’s car seats and clothing respectfully). He is Country Manager looking after UK, Ireland, US and Canada. It's a small Norwegian company with a passion for safety, design and sustainability which fits well with his passion outside of work. 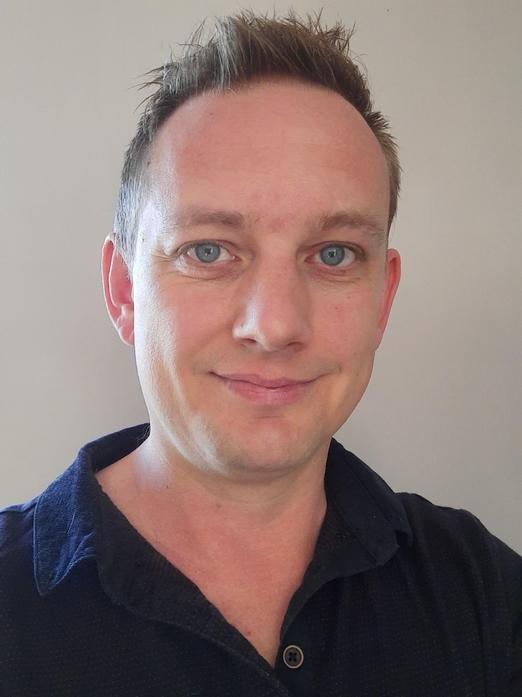 Neal joined the team at Stockcross in January 2019 and became the Deputy Head teacher in September of that year. He began teaching in 2010 after changing career from the financial sector and has never looked back. His wife is also a teacher at a school in Hampshire and they have two children; Isla and Alex, who keep them on their toes. Neal is an Associate Governor and is pleased to offer his insight and experience to the Kite Primary Federation's governors whenever they need it. 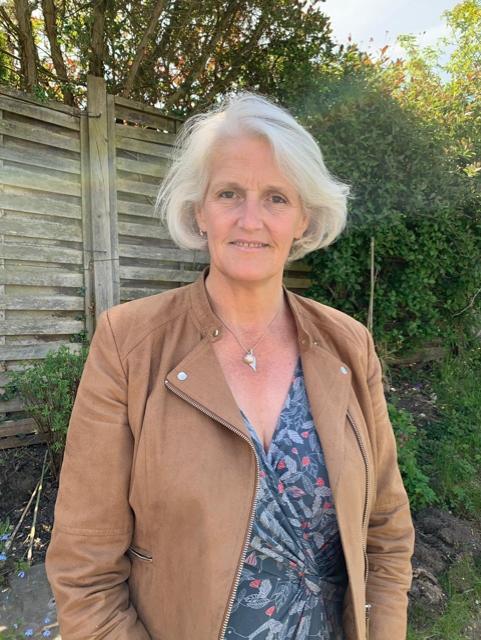 Kirsteen has spent most of her working life with the John Lewis Partnership, joining them as a graduate having studied Zoology at Bristol University. After a range of posts including General Manager at Peter Jones and Managing Director John Lewis High Wycombe, Kirsteen moved to the development division at head office, developing and delivering new department stores in a range of cities. During a career break she secured a Diploma in School Business Management and then joined the Oxford Diocese as Assistant Director with responsibility for Free schools and Academies. From July 2019 Kirsteen has been running a consultancy business supporting academy trusts who want to grow.  She is also a trustee of the Friends of St Gregory Church in Welford. She is a trustee of the Vale Academy Trust and the ODBE Bucks Trust. Kirsteen was a Governor of Welford and Wickham, being appointed in 2015, and more recently Co-Chair. Kirsteen was appointed a Foundation Governor of the Kite Primary Federation in 2020 and is now an Associate Governor. Kirsteen lives near Newbury. 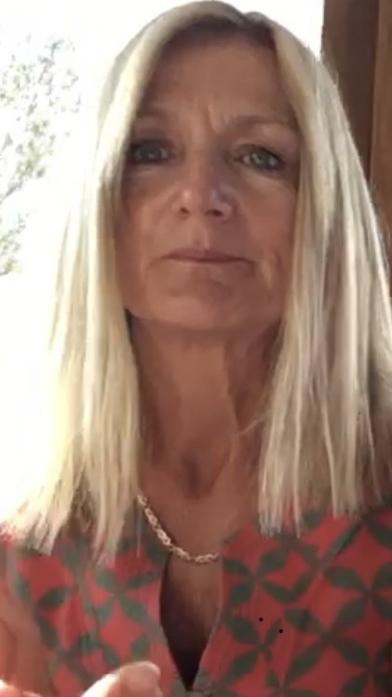 Karen is a qualified secondary school teacher of Design Technology. She has three boys, Edward, Oliver and Tom.

Karen moved to the area from Surrey but has lived in many other places. Her interests include sport of all sorts, but she plays golf and netball. She loves growing her own fruit and vegetables and cooking. Karen has sat on many committees in the past including school PTA and Golf Club Competition Chair. 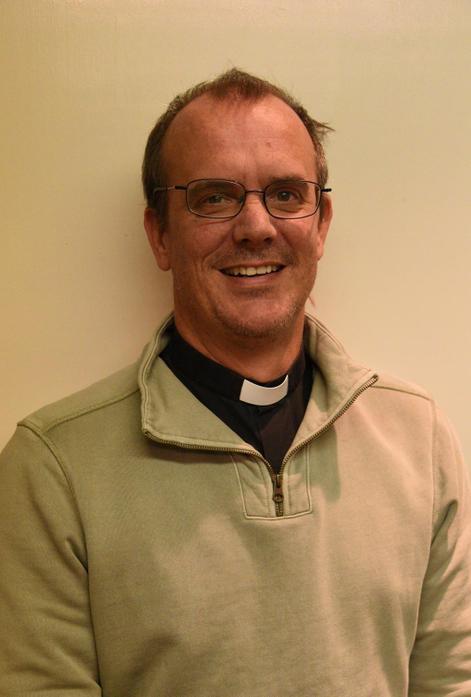 John moved to the area in 2003 and became Ex-Officio Governor in 2010 at Stockcross School when he took on the post of Rector of the East Downland Benefice. He was appointed Ex-Officio Governor to the Kite Primary Federation in 2020. He is married to Philippa (who teaches at a local secondary school) and has two daughters. In addition to general governor duties John comes in to take weekly assemblies and is charged with monitoring all aspects of safeguarding, behaviour and welfare for the governing body in his role as the designated Safeguarding Governor. 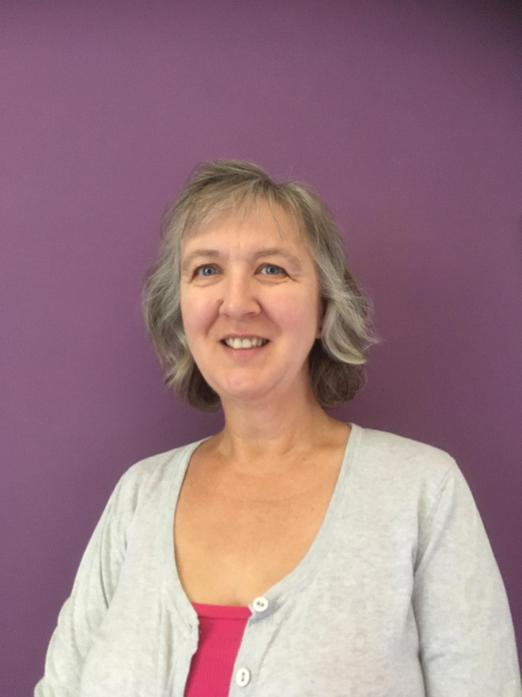 Lynne trained and taught in North Yorkshire and Leeds before getting married to Ian and moving to Newbury. She took a career break from classroom teaching when her three children were small. During this time she set up her own toddler music business, running classes in Newbury and Hungerford for 14 years. She is a keen singer and plays the violin. 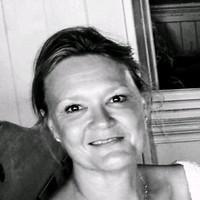 Sam has over twenty years’ experience gained within large global corporates as well as smaller, owner managed businesses. On graduating in Business and Media from the University of Gloucestershire she moved to London where she worked in advertising and PR in client management before moving into recruitment in the marketing agency industry for a rapidly growing boutique business. Here she grew and lead a team of 6 specialists including a graduate recruitment division. In 1998 she joined one of her key clients, a global advertising agency group as their Head of HR before moving back into recruitment to specialise in flexible and remote working professionals. She then moved back in-house to work in a job-share 3 days a week for a leading global recruitment business as Head of Recruitment. In 2005, Sam left to start up her own headhunting and HR consultancy business, SJW Consulting which she has run since whilst managing a young family.

In 2017, she left London and now lives in Donnington, Newbury.  She has two boys, one at primary school the other at secondary. She has worked extensively with her sons schools on fundraising events, has set up and Chaired a PA with 16 class reps and developed various speaker programmes at schools for children, parent and teachers alike producing eight talks and workshops per term.

She now works as a volunteer fundraiser and events assistant at Living Paintings in Kingsclere who produce Touch to See books for the blind and partially blind. She also coaches sixth formers and university graduates on CV Presentation Skills as well as Interview Techniques.

Sam has no personal links to either of the Kite Primary schools.  Her passion lays in helping young people reach their maximum potential by supporting them with their own beliefs and developing strong self-esteem from the get go. 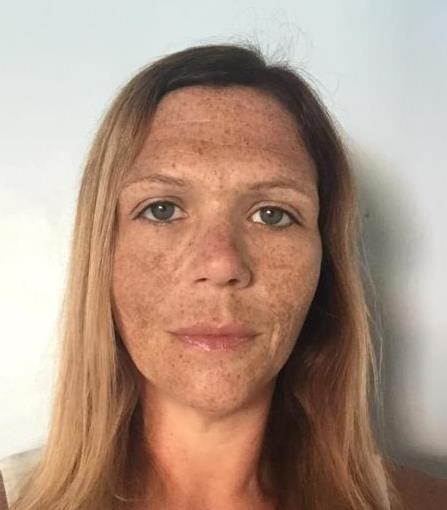 Annie became a Parent Governor of the Kite Primary Federation in January 2021. Annie lives in Wickham with her husband, mum and 3 children. She has two children at Welford & Wickham – Meadow in Year 1 and Lyra in Year 5. Her son Lennox was also at the school – he is now in Year 8 at Park House School in Newbury.

Annie started her career in bookselling after leaving university in Manchester and then moved to UCAS and spent 13 years in data and media sales. For the last 3.5 years she has been working as an Operations Officer for the The Duke of Edinburgh’s Award, a charity set by HRH Prince Philip 65 years ago. Annie works with schools and youth groups across West Berkshire, South Oxfordshire, Reading and Wokingham to help young people gain skills, experience and confidence to successfully navigate adult life through the DofE Award.

Unfortunately not the ones with chocolate chips.

Some cookies are necessary in order to make this website function correctly. These are set by default and whilst you can block or delete them by changing your browser settings, some functionality such as being able to log in to the website will not work if you do this. The necessary cookies set on this website are as follows:

Cookies that are not necessary to make the website work, but which enable additional functionality, can also be set. By default these cookies are disabled, but you can choose to enable them below: